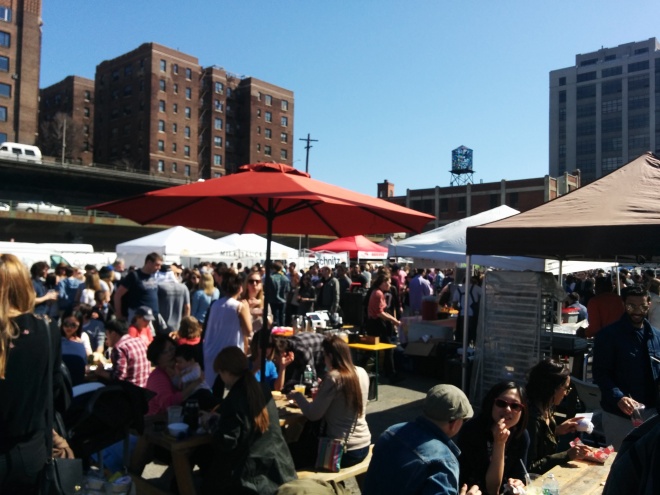 Smorgasburg in Brooklyn, NY reminds me very much of those county fairs (though unfortunately the carnies have been replaced with vegan non-GMO organic gluten-free hippies). I’m not sure how well known Smorgasburg (which I assume is a combination of Smorgasbord and Williamsburg, the original location) is outside of the New York City area, so for those unfamiliar, it’s a (large) gathering of food vendors that set up shop every Saturday and Sunday from Spring to Fall in one of 2 riverside locations in Brooklyn. I was recently able to make it out to the Brooklyn Bridge Park location (Saturdays are held at East River State Park) for one of the first few weekends of this season. END_OF_DOCUMENT_TOKEN_TO_BE_REPLACED