I understand that not everyone spends their 4th of July watching dozens of people cram their stomachs full of 60+ hotdogs (I don’t either for that matter but 1 million other people did – there’s even a professional league), but it’s always interesting to see what happens at the annual Nathan’s Hotdog Eating Contest each year at Coney Island. If you hadn’t heard, the longtime champion, Joey Chestnut, lost to newcomer Matt Stonie who ate 62 (SIXTY TWO!!) hot dogs in ten minutes to Chestnut’s 60.

Now, I’ve got quite the appetite, and people that have seen me eat wonder how I’m able to eat as much as I do. I’ve even tried my hand (or would it be stomach?) at a few “food challenges” before, but the idea of eating (if we can call it that) 62 hotdogs and buns in ten minutes is mind boggling even to me. Give me a full day and I still probably wouldn’t be able to do it. This got me thinking, just how do these professional eaters do it?

END_OF_DOCUMENT_TOKEN_TO_BE_REPLACED 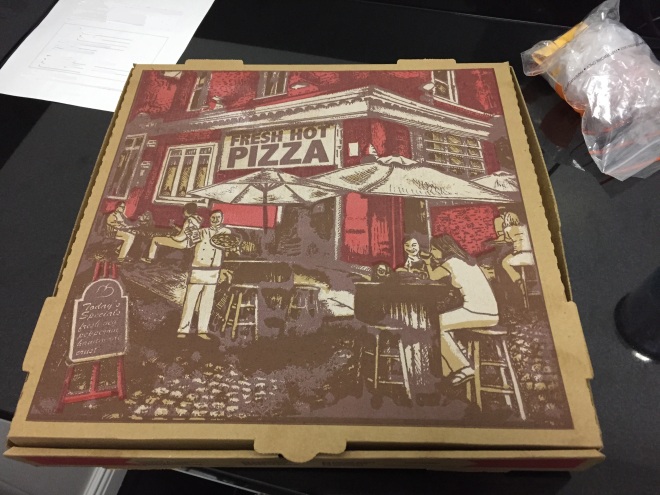 The Gold Coast, the Ivory Coast, the Rust Belt – the name alone is enough to bring to mind a very specific region famous (or infamous) for a very particular reason. There’s another region to add to that list; The Pizza Belt. So where exactly is the Pizza Belt and what is its claim to fame? Take a wild guess and you likely won’t be very far off. If you’ve spent a length of time within it I can guarantee you’ll realize when you’ve left it. END_OF_DOCUMENT_TOKEN_TO_BE_REPLACED

I only first discovered “the short rib” about 4 years ago. Since then I’ve seen it on the menu of just about every trying to be trendy or Asian fusion restaurant I’ve been to (on a side note, I’ve noticed a distinct trend in restaurants trying to be trendy lately). I’m sure some of that comes down to some culinary “Keeping up with The Joneses, but in its defense, the short rib makes for a fantastic dish. If you haven’t tried it, it’s a very tender and very flavorful cut of meat. Most often appearing on menus either marinated and grilled or braised and topped with a reduction of some kind.

Since that first discovery of short rib 4 years ago, I’ve lost count of the number of times I’ve had one – somewhere between 40 and 50 would be my guess (I’m a shameless carnivore). Up until now though, I’ve had no idea what a short rib actually is. It’s beef – I could taste that that much, but there were so many more questions. Does a Kalbi short rib come from the same place as a regular short rib? What part of the cow does the short rib come from? If it’s a rib, why is it sometimes boneless, sometimes bone in and sometimes has lots of little round bones?   Most importantly of course, if there’s a short rib, where’s the long rib!? END_OF_DOCUMENT_TOKEN_TO_BE_REPLACED